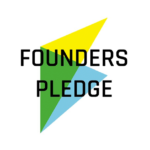 In the midst of growing FundApps, I gave far less time to charity than I’d have liked. Despite the generous volunteering policy we established, at a personal level my charity amounted to a few small donations, a little micro-finance, and some occasional volunteering.

I countered this feeling of ‘I should do more’ with a vague notion. That is, if against all the odds we successfully exited some day, I’d finally look into which charities really do have meaningful impact and donate a portion of the proceeds to them.

When my co-founder Andrew introduced me to Founders Pledge, the concept totally clicked for me. I could turn my vague plan into a legally binding personal commitment in a matter of minutes. Even better, when the time (hopefully!) comes to donate they’d help me figure out the most effective charities to support the causes I care about.

At the time of writing they’re now close to $1 billion dollars pledged to charity by founders at all stages of company growth. They are funded independently, so there’s no cost to pledgers or the charities. Their evidence-based approach to selecting charities appealed and opened my eyes to the world of effective altruism, giving cause for reflection on the existing charities and micro-financing I had been backing.

Perhaps it’s not the british thing to shout about giving but if you’re a founder with a similar itch, do go check them out.

Update: Since focusing more on #techforgood, Founders Pledge have also done a brilliant job introducing me to related opportunities and individuals. A big thank you to the team there 🙂

This site uses Akismet to reduce spam. Learn how your comment data is processed.